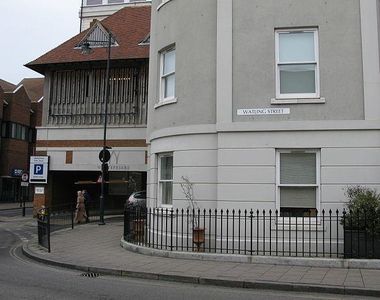 Watling Street is a route in England that began as an ancient trackway first used by the Britons, mainly between the areas of modern Canterbury and St Albans using a natural ford near Westminster. The Romans later paved the route, which then connected the Kentish ports of Dubris , Rutupiae , Lemanis , and Regulbium to their bridge over the Thames at Londinium . The route continued northwest through Verulamium on its way to Viroconium . The Romans considered the continuation on to Blatobulgium beyond Hadrian's Wall to be part of the same route, leading some scholars to call this Watling Street as well, although others restrict it to the southern leg.

Watling Street was the site of Boudica's defeat by the Romans and was later the southwestern border of the Danelaw. In the early 19th century, the course between London and the Channel was paved and became known as the Great Dover Road: today, the route from Dover to London forms part of the A2 road. The route from London to Wroxeter forms much of the A5 road. At various points along the historic route, the name Watling Street remains in modern use.