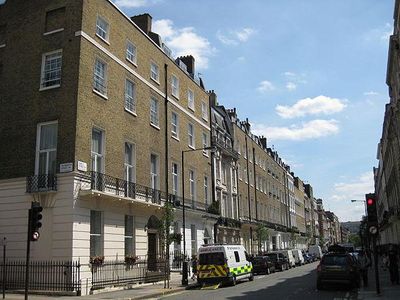 Harley Street is a street in Marylebone, central London, which has been noted since the 19th century for its large number of private specialists in medicine and surgery. It was named after Thomas Harley who was Lord Mayor of London in 1767.
Since the 19th century, the number of doctors, hospitals, and medical organizations in and around Harley Street has greatly increased. Records show that there were around 20 doctors in 1860, 80 by 1900, and almost 200 by 1914. When the National Health Service was established in 1948, there were around 1,500. Today, there are more than 3,000 people employed in the Harley Street area, in clinics, medical and paramedical practices, and hospitals such as Dr. Gabriela Clinic, 111 Harley St., The Harley Street Clinic, Hifu Skin Clinic, Medical Express Clinic, Harly Medical Foot and Nail Clinic, Harley Street Fertility Clinic, Sonoworld Diagnostic Services, The London Women's Clinic and The London Clinic.