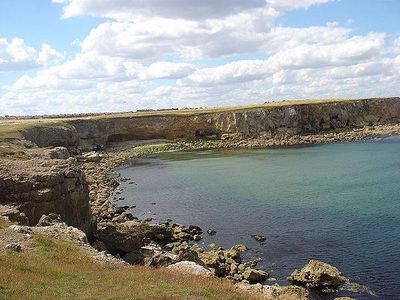 South Shields is a coastal town in the North East of England at the mouth of the River Tyne, about 3.7 miles downstream from Newcastle upon Tyne. Historically part of County Durham, it became part of Tyne and Wear in 1974. According to the 2011 census, the town had a population of 76,498, the third largest in Tyneside after Newcastle and Gateshead. It is part of the metropolitan borough of South Tyneside which includes the towns of Jarrow and Hebburn. South Shields is represented in Parliament by Labour MP Emma Lewell-Buck. The demonym of a person from South Shields is either a Geordie or a Sandancer.

The first evidence of a settlement within what is now the town of South Shields dates from pre-historic times. Stone Age arrow heads and an Iron Age round house have been discovered on the site of Arbeia Roman Fort. The Roman garrison built a fort here around AD 160 and expanded it around AD 208 to help supply their soldiers along Hadrian's Wall as they campaigned north beyond the Antonine Wall. Divisions living at the fort included Tigris bargemen , infantry from Iberia and Gaul, and Syrian archers and spearmen. The fort was abandoned as the Roman Empire declined in the 4th century AD. Many ruins still exist today and some structures have been rebuilt as part of a modern museum and popular tourist attraction.