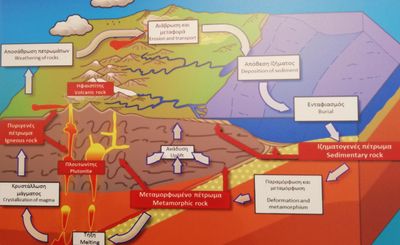 The rock of Cape of Mikri Vighla is a great example of the Granodiorite unit on Naxos. This intrusive rock bubbled up to from deep under the island as shown in the great scheme that you can see in the geological museum of Apeiranthos. In this case, the bubble didn't erupt in what we know as volcanoes (as it did and does in Milos and Santorini). But is cooled off under the ground, to appear later on when the covering rocks were eroded.