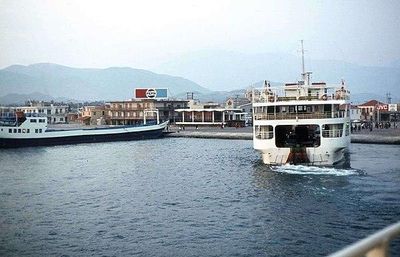 Antirrio is a town and a former municipality in Aetolia-Acarnania, West Greece, Greece. Since the 2011 local government reform it is part of the municipality Nafpaktia, of which it is a municipal unit. The municipal unit has an area of 50.794 km2.
It is situated on the north side of the narrow Strait of Rio, which separates the Gulf of Patras in the west from the Gulf of Corinth in the east. Since August 2004 the Rio–Antirrio bridge connects northwestern Greece with the Peloponnese. The name Antirrio means "opposite Rio".