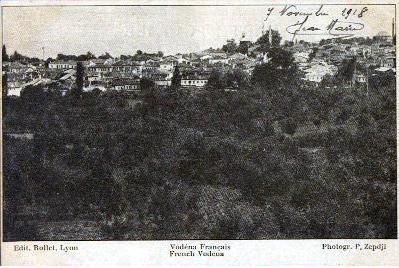 Edessa holds a special place in the history of the Greek world as, according to some ancient sources, it was here that Caranus established the first capital of ancient Macedon. Later, under the Byzantine Empire, Edessa benefited from its strategic location, controlling the Via Egnatia as it enters the Pindus mountains, and became a center of medieval Greek culture, famed for its strong walls and fortifications. In the modern period, Edessa was one of Greece's industrial centers until the middle of the 20th century, with many textile factories operating in the city and its immediate vicinity. Today however its economy mainly relies on services and tourism. Edessa hosts most of the administrative services of the Pella regional unit, as well as some departments of the Thessaloniki-based University of Macedonia.