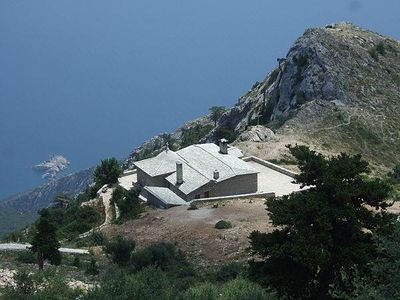 Mount Athos is a mountain and peninsula in northeastern Greece and an important centre of Eastern Orthodox monasticism. It is governed as an autonomous polity within the Hellenic Republic. Mount Athos is home to 20 monasteries under the direct jurisdiction of the Ecumenical Patriarch of Constantinople.

Mount Athos is commonly referred to in Greek as the Agion Oros , and the entity as the "Athonite State" . Other languages of Orthodox tradition also use names translating to 'Holy Mountain'. This includes Bulgarian, Macedonian and Serbian ; Russian ; and Georgian . In the classical era, while the mountain was called Athos, the peninsula was known as Acté or Akté .