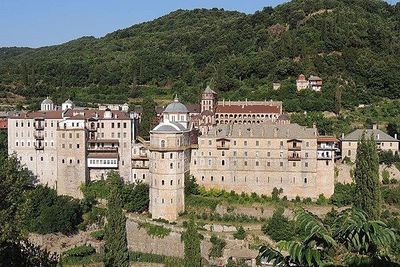 The monastery is named after the 13th or 14th century icon of Saint George, known as Saint George the Zograf . The name of the latter comes from the belief that the icon mysteriously painted itself on the prepared board in Greek means "painter" .