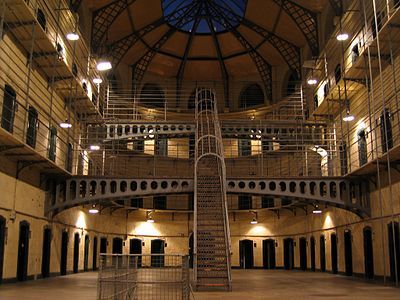 Kilmainham is a suburb of Dublin, Ireland, south of the River Liffey and west of the city centre, in the Dublin 8 postal district.

In the 12th century the lands on the banks of the Liffey first belonged to the Knights Templar. Strongbow erected for them a castle
about a mile distant from the Danish wall of old Dublin; and Hugh Tyrrel, first Baron Castleknock, granted them part of the lands which now form Phoenix Park. Here the Templars flourished, for nearly a century and a half, until the process for their suppression was instituted under Edward II, in 1308. Thirty members of the order were imprisoned and examined in Dublin and the order was condemned and suppressed. Their lands and privileges were given to the priory of the Knights of St. John of Jerusalem, who remained in possession until the dissolution of the monasteries in the 16th century.