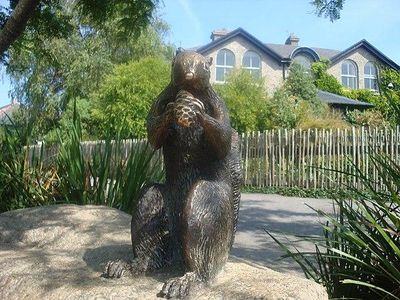 Dublin Zoo , in Phoenix Park, Dublin, is a zoo in Ireland, and one of Dublin's most popular attractions. Established and designed in 1830 by Decimus Burton, it opened the following year. The zoo describes its role as conservation, study, and education. Its stated mission is to "work in partnership with zoos worldwide to make a significant contribution to the conservation of the endangered species on Earth".