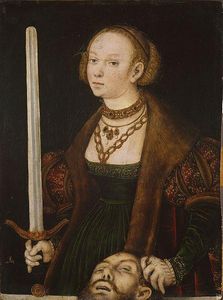 The National Gallery of Ireland houses the national collection of Irish and European art. It is located in the centre of Dublin with one entrance on Merrion Square, beside Leinster House, and another on Clare Street. It was founded in 1854 and opened its doors ten years later. The Gallery has an extensive, representative collection of Irish paintings and is also notable for its Italian Baroque and Dutch masters painting. The current director is Sean Rainbird.

In 1853 an exhibition, the Great Industrial Exhibition, was held on the lawns of Leinster House in Dublin. Among the most popular exhibits was a substantial display of works of art organised and underwritten by the railway magnate William Dargan. The enthusiasm of the visiting crowds demonstrated a public for art, and it was decided to establish a permanent public art collection as a lasting monument of gratitude to Dargan. The moving spirit behind the proposal was the barrister John Edward Pigot , son of David Richard Pigot, Chief Baron of the Irish Exchequer, and he became one of the first Governors of the Gallery. The façade of the National Gallery copies the Natural History building of the National Museum of Ireland which was already planned for the facing flank of Leinster House. The building itself was designed by Francis Fowke, based on early plans by Charles Lanyon, and was completed and opened in 1864.