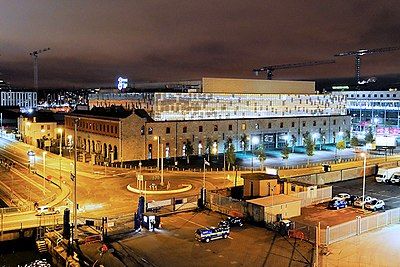 The 3Arena is an indoor amphitheatre located at North Wall Quay in the Dublin Docklands in Dublin, Ireland. The venue opened on 16 December 2008. It was built on the site of the former Point Theatre, a smaller music venue which operated from 1988 to 2007, retaining only some of the outer facade. The Point Theatre was branded as "The Point Depot", in recognition of its original role as a railway goods handling station. The venue was re-branded on 4 September 2014 due to the takeover of O2 Ireland by Three Ireland.

The venue is owned by Apollo Leisure Group Ltd. The venue is among the top ten busiest music arenas in the world.