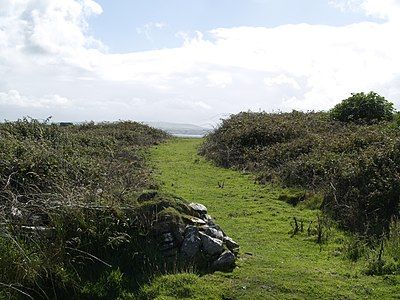 Inis Cathaigh or Scattery Island is an island in the Shannon Estuary, Ireland, off the coast of Kilrush, County Clare. The island is home to a lighthouse, a ruined monastery, an Irish round tower and the remains of an artillery battery.

The Irish name Inis Cathaigh was formerly anglicised Iniscathy, which later became Iniscattery and finally Scattery. Most of the island is now owned by the Office of Public Works, who run a small visitor centre and carry out repairs and maintenance on the island. It was bought by Dúchas in 1991.