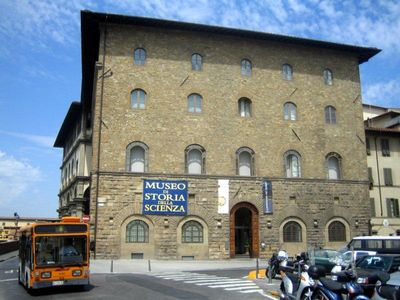 In the Istituto e Museo di Storia della Scienza, you can see the finger of Galileo Galilei. It was this withered finger that picked up the metal ball used to derive the equation of falling bodies and pointing to the stars. The finger was removed from Galileo's body by an admirer, amlong with the tooth, the fifth lumbar vertebra, and a couple of other fingers when the body was exhumed a century after his death to be moved to a better burial site.