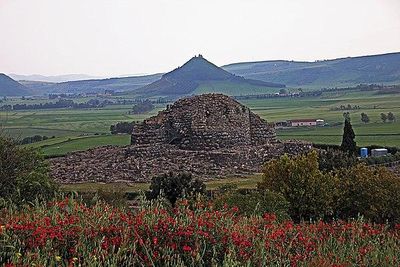 Su Nuraxi is a nuragic archaeological site in Barumini, Sardinia, Italy. Su Nuraxi simply means "The Nuraghe" in Campidanese, the southern variant of the Sardinian language.

Su Nuraxi is a settlement consisting of a seventeenth century BC Nuraghe, a bastion of four corner towers plus a central one, and a village inhabited from the thirteenth to the sixth century BC, developed around the Nuraghe. They are considered by scholars the most impressive expression of the Nuragic civilization and were included in the UNESCO list of World Heritage Sites in 1997 as Su Nuraxi di Barumini.