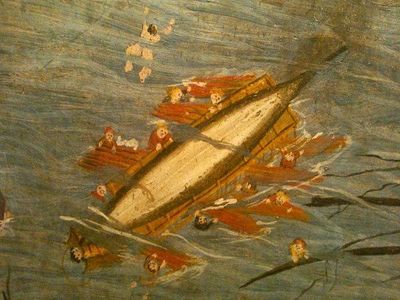 The Ottoman invasion of Otranto occurred between 1480 and 1481 at the Italian city of Otranto in Apulia, southern Italy. Forces of the Ottoman Empire invaded and laid siege to the city and its citadel. According to a traditional account, after capture more than 800 of its inhabitants were beheaded. The Martyrs of Otranto are still celebrated in Italy. A year later the Ottoman garrison surrendered the city following a siege by Christian forces and the intervention of Papal forces led by the Genoese Paolo Fregoso.

The attack on Otranto was part of an abortive attempt by the Ottomans to invade and conquer Italy. In the summer of 1480, a force of nearly 20,000 Ottoman Turks under the command of Gedik Ahmed Pasha invaded southern Italy. The first part of the plan was to capture the port city of Otranto.