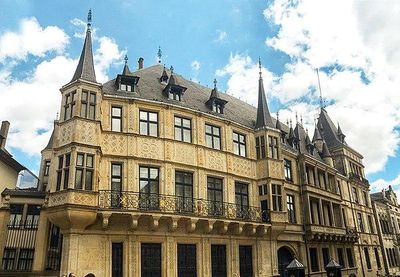 The building was first the city hall of Luxembourg from 1572 to 1795, the seat of the prefecture of the Département des Forêts in 1795, and then the headquarters of the Luxembourg Government in 1817.