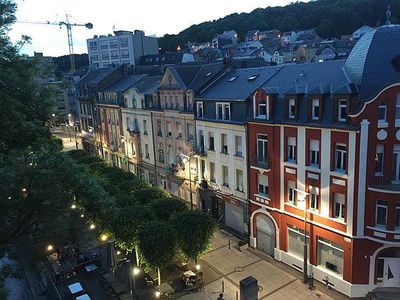 Differdange is a commune with town status in south-western Luxembourg, 17 miles west from the country's capital. It lies near the borders with Belgium and France and it is located in the canton of Esch-sur-Alzette. With a population of around 26,000, Differdange is the country's third largest city. It is also the main town of the commune, and other towns within the commune include Lasauvage, Niederkorn, and Oberkorn.

Differdange is an industrial town that was home to much of Luxembourg's steel production, much of its development occurred during its heyday. Today, Differdange still remains an important industrial center, with ArcelorMittal, the world's largest steel producer, retaining an important steel factory in the town.