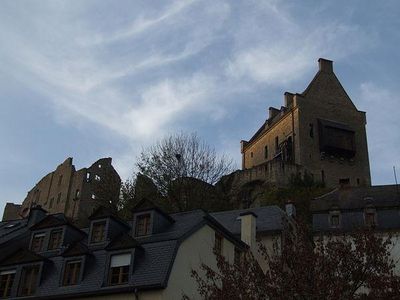 Larochette is a commune and town in central Luxembourg, in the canton of Mersch. It is situated on the White Ernz river. The town is dominated by the partly ruined Larochette Castle.
As of 2005, the town of Larochette, which lies in the north-east of the commune, has a population of 1,359. Other towns within the commune include Ernzen.