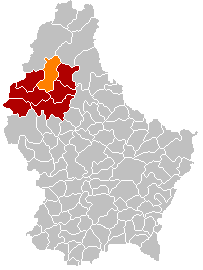 Wiltz is a commune with town status in north-western Luxembourg, capital of the canton Wiltz. Wiltz is situated on the banks of the river Wiltz. It was also a battleground in the Battle of the Bulge, near the end of World War II. A local airfield was used by both sides of the conflict, depending on the location of the Front.

The name "Wiltz" comes from a Celtic word meaning "on the creek." Wiltz was originally inhabited by the Celts, and was first documented in 764AD. It received its town rights in 1240. The counts of Wiltz are among the oldest in Luxembourg.