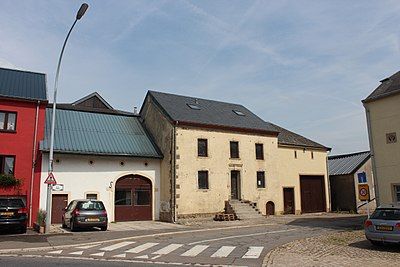 Gonderange is a town in the commune of Junglinster, in central Luxembourg. As of 2001, the town has a population of 1,382. Cyclist Franz Neuens, who competed at the 1936 Summer Olympics, was born here.