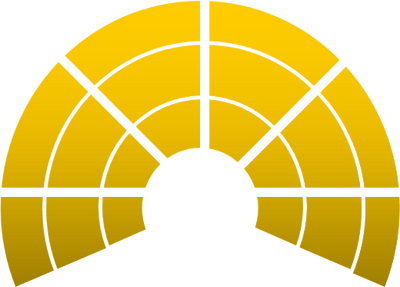 The Christian Social People's Party , abbreviated to CSV or PCS, is the largest political party in Luxembourg. The party follows a Christian-democratic ideology and, like most parties in Luxembourg, the CSV is strongly pro-European. The CSV is a member of the European People's Party and the Centrist Democrat International .
The CSV has been the largest party in the Chamber of Deputies since the party's formation, and currently holds 23 of 60 seats in the Chamber. Since the Second World War, every Prime Minister of Luxembourg has been a member of the CSV, with only two exceptions: Gaston Thorn , and Xavier Bettel . It holds three of Luxembourg's six seats in the European Parliament, as it has for 20 of the 30 years for which MEPs have been directly elected.