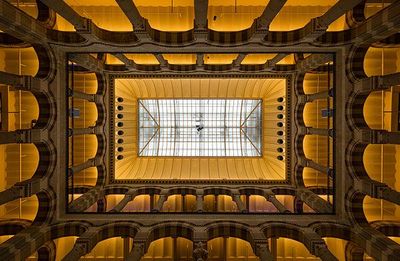 The Former Amsterdam Main Post Office, currently a shopping mall known as Magna Plaza, is a monumental building located at Nieuwezijds Voorburgwal 182, Amsterdam, Netherlands. It was built in 1895–1899 in Neo-Gothic and Neo-Renaissance style. The building has been a rijksmonument since July 9, 1974, and is part of the Top 100 Dutch heritage sites.
The Amsterdam Post Office was built in the period 1895–1899, designed by Cornelis Peters. It replaced the Royal Post Office of 1854, which was designed by Frederik Willem Conrad and Cornelis Outshoorn, which served as a gallery shortly before being taken down in 1897.