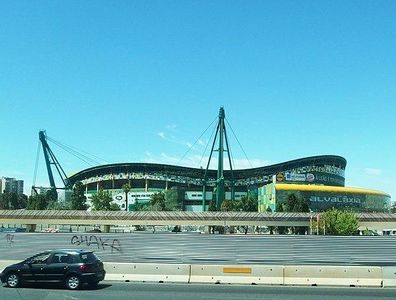 Estádio José Alvalade is a football stadium in Lisbon, Portugal, home of Sporting Clube de Portugal. It was built adjacent to the site of the older stadium. The stadium is named after José Alvalade, the founder and first club member of Sporting CP in the early twentieth century.

The previous José Alvalade Stadium was opened on 10 June 1956. Plans by Sporting CP to modernize the club in the late 1990s coincided with the decision to award Portugal the right to host UEFA Euro 2004, and the decision was made to build a new stadium, with construction beginning on 15 January 2001. The club's statutes dictated that the stadium would be called Estádio José Alvalade. It would be the club's seventh stadium.