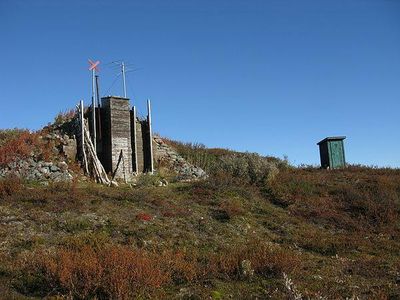 Esrange Space Center is a rocket range and research centre located about 40 kilometers east of the town of Kiruna in northern Sweden. It is a base for scientific research with high-altitude balloons, investigation of the aurora borealis, sounding rocket launches, and satellite tracking, among other things. Located 200 km north of the Arctic Circle and surrounded by a vast wilderness, its geographic location is ideal for many of these purposes.