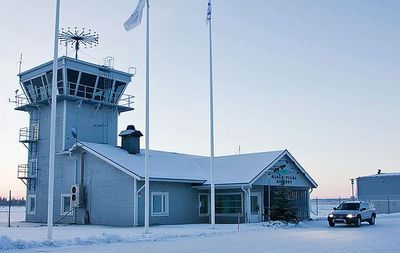 The airport was opened for regular traffic in 1999. Before that, Pajala was said to be the most inaccessible municipality centre in Sweden, with around 5 hours travel time from central Stockholm . A political principle was established at the time saying that there should be maximum four hours travel time between central Stockholm and any municipality centre, in order to make one-day business travel possible.

The runway was extended by 880 metres to 2,302 metres in 2007, to be able to handle larger charter aircraft. Beginning in December 2013, the airport has been used for several charter flights per year from the United Kingdom for tourists wishing to see a white Christmas.