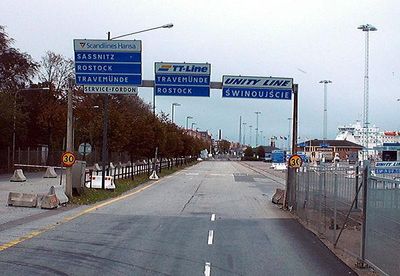 Trelleborg is a town in Skåne, Sweden, with 43,359 inhabitants as of December 31, 2015. It is the southernmost town in Sweden located some 10–15 kilometres west from the southernmost point of Sweden and the Scandinavian peninsula. It is one of the most important ferry towns in Scandinavia as well as around the Baltic Sea, and the main town of the Söderslätt agricultural areas.

The first written record of the name is from 1291, Threlæburgh. The name is found in many places in Scandinavia. Borg means castle or stronghold and träl can mean thrall, but can also refer to the leaning poles on the outside of the medieval Viking stronghold. Remains of the original stronghold were excavated in 1988.