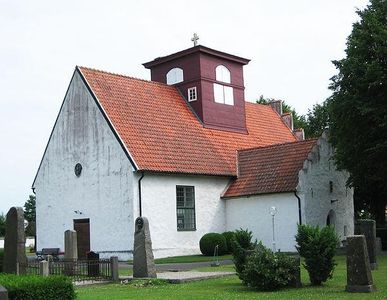 Rinkaby is a locality situated in Kristianstad Municipality, Skåne County, Sweden with 745 inhabitants in 2010. It is close to Lake Hammarsjön and 12 kilometres from Kristianstad. The village has a pre-school and primary school which is housed in a building originating in the 19th century. There is a leisure centre, a football club and some shops.

The area has stone age remains; the name of the village is probably derived from the word rinkʀ , meaning 'man' or 'warrior', and by denotes a settlement in Old Swedish. The parish church was built in the 13th century and contains medieval murals and an astronomical clock. It is an agricultural community; in the 19th century, the area was famous for growing tobacco, but now specialises in the rearing of Angus cattle.