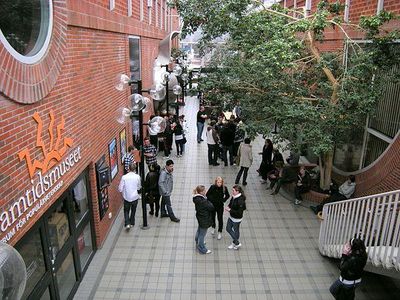 Borlänge [ˈbôːˌɭɛŋːɛ] is a locality in Dalarna County, Sweden with 43,423 inhabitants as of 2019. It is the seat of the Borlänge Municipality with a total population of 51,604 inhabitants as of 2017.
Originally Borlänge was the name of a tiny village, and the first historical information about it is from 1390. The village was insignificant up until about 1870. In 1872 the construction of Domnarfvets Jernverk, the ironworks of neighbouring village Domnarvet started. In 1875 a railway between Falun and Ludvika, via Borlänge was inaugurated. Thanks to its railway station the village of Borlänge became highly important in servicing the ironworks.