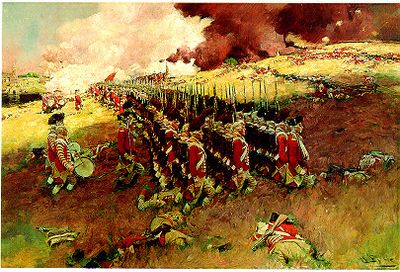 
The Americans caught word of a British plan to fortify Charlestown peninsula and decided to get to the peninsula first, fortify it, and present sufficient threat to cause the British to leave Boston. On 16 June 1775, under the leadership of General Putnam and Colonel Prescott, the Americans stole out onto the Charlestown Peninsula with instructions to establish defensive positions on Bunker Hill.