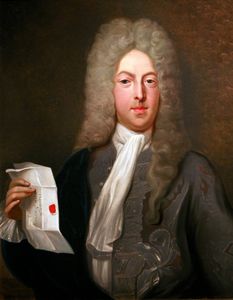 Did you know that the French crown was linked to the area of New Orleans and the largest finacial crisis of the 18th century. It is well described in the book of Yuval Noah Harari: "Sapiens". In 1717 the Mississippi COmpany , chartered in France, set out to colonise the lower Mississippi valley, establishing the city of New Orelasn in the process. To finance its ambitious plans they sold shares on the Paris stock exchange. John Law was the company's director but also the governor of the central bank of France and very well connected with King Luis XV. The Mississippi Company spread tales of fabulous riches abd boundless opportunities in the lower Mississippi valley. And it worked. The share prices skyrocketed. In 1717, the price was 500 livres apiece. On 1 August 1719 shares traded at 2,750 livres. By 30 August, 4,100 livres and on 4 September 5,000 livres. On 2 December 10,000 livres. In Paris, people sold all their possessions and tool loans to buy these stocks. But soon the bubble bursted. Lohn Law bougth up Mississippi shares but he ran out of money. He ordered to print money to buy more shares. This placed the entire financial system inside the bubble. Many people committed suicide. The Mississippi Bubble was one of history's largest and most spectacular financial crashes. The French financial system never recuperated fully. Louis XV found it more and more difficult to raise credit. This became one of the main reasons that the overseas French Empire fell into British hands. Louis XVI, the grandson of Louis XV, realized in the 1780s that he was heading towards bankruptcy. In 1789, Louis XVI asked the French parliament that had not met for a century and a half to find a solution. "Thus began the French Revolution"