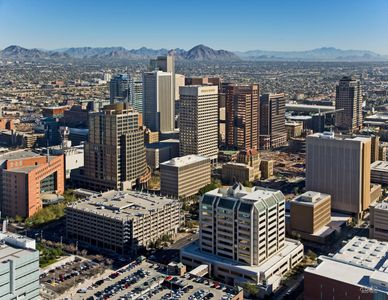 Phoenix is considered as one of the least sustainable cities on earth. Phoenix gets less than eight inches of rainfall each year; most of the water supply for central and southern Arizona is pumped from Lake Mead, fed by the Colorado river over 300 miles away. Anthem's private developer paid a local Native American tribe to lease some of its historic water rights, and pipes its water from the nearby Lake Pleasant reservoir – also filled by the Colorado.