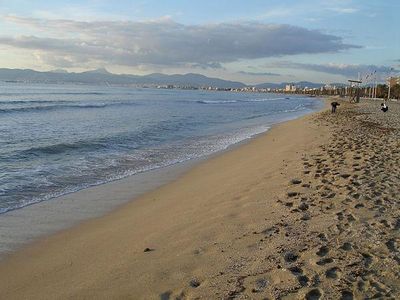 Palma de Mallorca, since December 2016 Palma , is the capital and largest city of the autonomous community of the Balearic Islands in Spain. It is situated on the south coast of Mallorca on the Bay of Palma. The Cabrera Archipelago, though widely separated from Palma proper, is administratively considered part of the municipality. As of 2018, Palma de Mallorca Airport serves over 29 million passengers per year.

Palma was founded as a Roman camp upon the remains of a Talaiotic settlement. The city was subjected to several Vandal raids during the fall of the Western Roman Empire, then reconquered by the Byzantine Empire, then colonised by the Moors and, in the 13th century, by James I of Aragon.