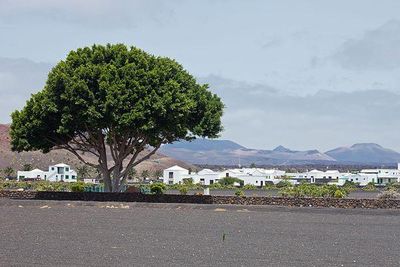 At the southern end of the municipality of Yaiza, in the area known as "El Rubicón", the first European settlement in the Canary Islands in 1402, where the conquest of the Archipelago began he was installed. In this place the Cathedral of Saint Martial of Limoges. This cathedral was destroyed by English pirates in the sixteenth century and is currently in Femés, the Hermitage of Saint Martial of Limoges dedicated to this saint. This diocese was moved in 1483 to Las Palmas de Gran Canaria .