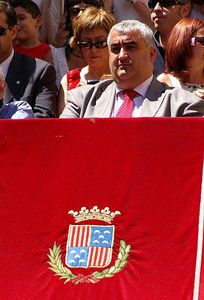 Berga is the capital of the comarca of Berguedà, in the province of Barcelona, Catalonia, Spain. It is bordered by the municipalities of Cercs, Olvan, Avià, Capolat and Castellar del Riu.

Berga derives its name from the Bergistani, an Iberian tribe which lived in the area before the Roman conquest. The Bergistani were first subdued by Hannibal in 218 BC. They rebelled twice against the Romans and were twice defeated; after their second uprising, much of the tribe was sold into slavery. Livy mentions their principal town, Castrum Bergium, which was probably the precursor of the present-day town of Berga.