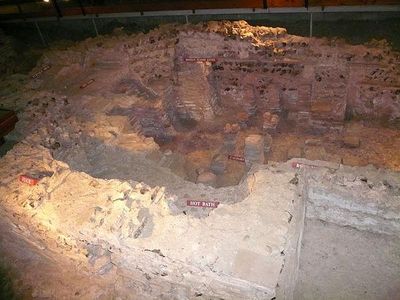 The Welwyn Roman Baths are a Roman ruin preserved under the A1 just north of modern-day Welwyn Garden City, Hertfordshire, England. The baths were a small part of the Dicket Mead villa, which was originally built in the 3rd century AD.

The village of Welwyn has been described as being the site of a Romano-British settlement, where a Roman road crossed the river Mimram. There was another Roman villa near Welwyn on the Lockleys estate.