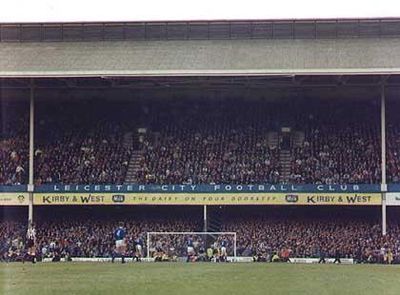 Filbert Street was a football stadium in Leicester, England, which served as the home of Leicester City F.C. from 1891 until 2002. Although officially titled the City Business Stadium in the early 1990s, it remained known almost exclusively by its address, like many English football stadiums.

Leicester City was formed in 1884. The club was then named Leicester Fosse, as its founders mostly lived in the west end of the city, through which the Fosse Way ran. In 1884–85 it played at a ground known as the Racecourse, before sharing Victoria Park with the Leicester Tigers rugby club for two years. Leicester Fosse played at the Belgrave Road Cycle Track for a year, but returned to Victoria Park after the rugby club offered a higher rent to the owners of the Cycle Track.