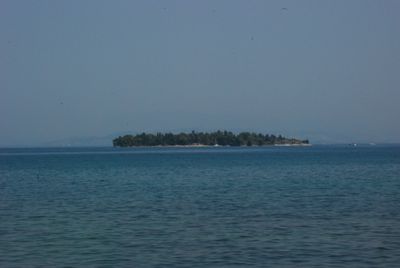 During Venetian rule in the early 16th century, a monastery was built on the Lazaretto Island and a leprosarium established later in the century, after which the island was named.

During World War II, the Axis Occupation of Greece established a concentration camp there for the prisoners of the Greek National Resistance movement.

Today are the two-storied building that served as the Headquarters of the Italian army, a small church, and the wall against which those condemned to death were shot.