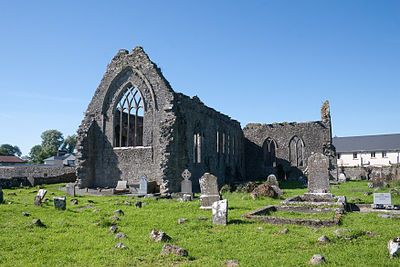 Athenry is a town in County Galway, Ireland, which lies 25 kilometres east of Galway city. Some of the attractions of the medieval town are its town wall, Athenry Castle, its priory and its 13th century Anglo-Norman street-plan. The town is also well known by virtue of the song "The Fields of Athenry".

Its name derives from the ford crossing the river Clarin just east of the settlement. Though other inaccurate explanations are still given, it was called 'Áth na Ríogh' because it was the home area of the Cenél nDéigill, kings of the Soghain, whose leading lineage were the Ó Mainnín. On some medieval maps of English origin the town is called Kingstown.