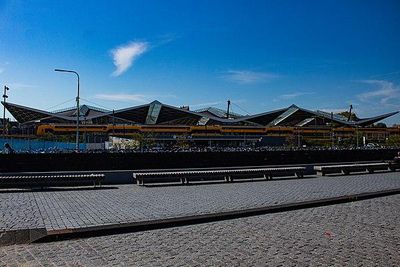 Tilburg railway station is a railway station located in Tilburg in North Brabant, Netherlands. The station was opened on 5 October 1863 and is located on the Breda–Eindhoven railway and the Tilburg–Nijmegen railway. The train services are operated by Nederlandse Spoorwegen.

North of this trainstation used to be the large Tilburg Works, where large scale work were carried out on locomotives. Since 2013 these works are carried out northeast of the city in a new industrial area, called Loven-Noord, along the Tilburg–Nijmegen railway.