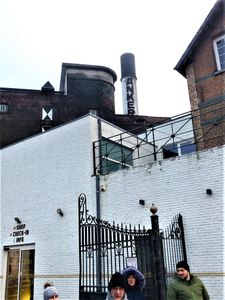 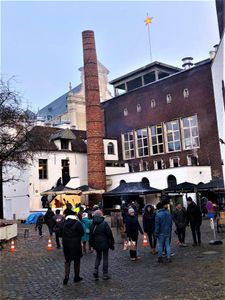 Today's Gouden Carolus beer is the successor to the Mechelsches Bruynen, the taste has changed in the meantime, but it's still just as tasty. The beer of Brouwerij Het Anker , brewed on the banks of the Groot Begijnhof, Today they are exported to more than 40 countries .

The first historical date when the brewery is mentioned dates back to 1369 , when a certain Jan came to Anchor to pay his taxes. The earliest mention of the brewery dates back to 1471, when Hertog Karel de Stoute introduced a city law exempting beguine beer from excise duty for patients and personal use .

In 1872 the Van Breedam family bought the town brewery and was given the company name nv Boonaerts & Van Breedam . On December 31, 1904 the name was changed to Het Anker.

During World War I , the Germans decided that only one brewery was allowed to continue operating in the Mechelen region. A draw decided that the Chevalier Marin brewery could continue to operate, after which the beer hall of the Het Anker brewery was dismantled . Red copper was forged as a raw material for German wartime production .

During the Second World War, the German occupiers passed a law that only one pale beer could be brewed , the so-called Null-Eight or beer with 0.8% alcohol by volume . The brewery Het Anker succeeded in doing this, which enabled it to hire many people from Mechelen , thus sparing them the work in Germany.