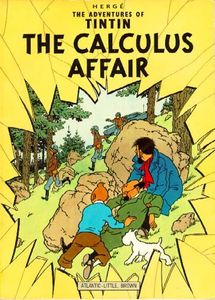 Nyon and the region around Nyon was the core area of the Tintin adventure "The Calculus Affair". Tintin, the cartoon detective created by Hergé, goes in search of Professor Calculus in the region of Nyon region. Published in 1956, "The Calculus Affair" bears witness to Hergé's meticulous location research. On the occasion of his hundredth anniversary of his birth in 2007, a trilingual leaflet presents this itinerary in Tintin's footsteps, not only in Nyon, but also in Geneva, Rolle and Yvoire.