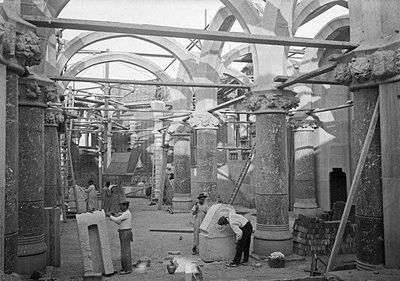 The former Hospital de la Santa Creu i Sant Pau in the neighborhood of El Guinardó, Barcelona, Catalonia, Spain, is a complex built between 1901 and 1930, designed by the Catalan modernisme architect Lluís Domènech i Montaner. Together with Palau de la Música Catalana, it is a UNESCO World Heritage Site.
It was a fully functioning hospital until June 2009, when the new hospital opened next to it, before undergoing restoration for use as a museum and cultural center, which opened in 2014.